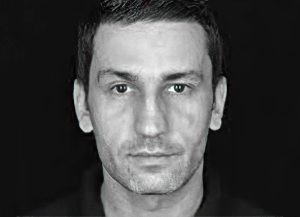 Norm, the Zurich-based graphic design team cofounded by Dimitri Bruni and Manuel Krebs, redefines the legacy of mid-20th century Swiss graphic tradition through an imaginative but intellectually rigorous approach. Dimitri Bruni presents the work of the studio highlighting the creative process more than its final result.

Beside their important production in the field of type design (the typography for Cologne Airport and for Omega, the watch manufacturer, among the others), Bruni introduces the firm’s most experimental activity. Sign Generator is the machine created in collaboration with Jürg Lehni, Swiss designer, developer and artist who also created Scriptographer, Hektor and other software applications.

Using technologies to broaden visual design territory, SignGenerator allows generating new alphabets made from a set of basic lines combined by the user. Norm is also well known for their editorial designs – awarded with several Best Swiss Book prizes . In 2005 Norm won the first prize in the national competition for the new design of the complete series of Swiss banknotes. A challenging task that became overwhelmingly complicated for technical difficulties, to which Bruni and Krebs devoted a large amount of time and energies. After further reflection, the Swiss national bank decided not to produced the project.