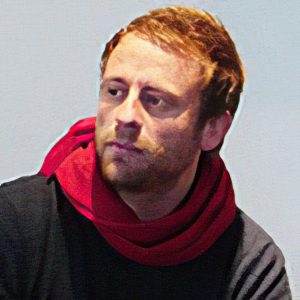 Born in 1974, Urs Lehni runs the small graphic design studio Lehni-Trueb together with partner Lex Trueb since 2005. Besides working for clients mainly in the field of art and culture, he often follows self-initiated projects and more recently the printing and publishing venture Rollo Press (2008).

In Summer 2008 Lehni co-initiated Corner College, a non-commercial project space focussing on pseudo-academic happenings such as lectures, presentations, workshops and movie screenings. Urs Lehni lectures regularly at the Universities of Applied Art Bern and Lucerne as well as occasionally at other national schools and abroad. Since autumn 2010, Lehni works as a Professor at the University of Arts and Design Karlsruhe, Germany.

In this conference Lehni presents one of the most recent project completed with his printing and publishing venture Rollo Press: a tribute-book collecting the drawings of Wesley Willis, the famous American singer-songwriter and visual artist diagnosed with chronic schizophrenia and died at the age of 40.