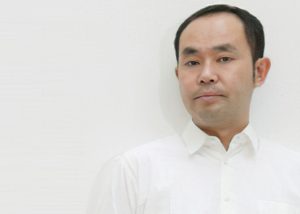 Setsu Ito moved from his native Japan to Milan in 1995 and began his career collaborating with two of the masters of design of the 20th century: the leader of Italian avant-garde Alessandro Mendini at Studio Alchimia and the celebrated architect and industrial designer Angelo Mangiarotti.

Setsu Ito soon decided to pursue an independent activity and opened his own design practice together with Shinobu Ito. They work for important companies worldwide and received many international awards such as the Young & Design Award (1999), the Good Design Award (2001) and the Compasso d’Oro (2011).

Their projects are featured in the permanent collections of renowned cultural institutions including the Triennale Design Museum in Milan and the Die Neun Sammlung International Design Museum in Munich. The works of the studio have been published in various books and international magazines.