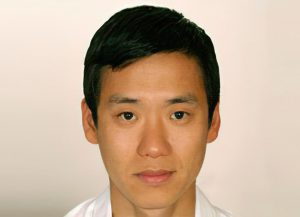 The transformative power of personal projects

Ji Lee works as the creative director at Google Creative Lab in New York, an in-house advertising and marketing department at Google, responsible for promoting Google brand and products to the world.

Born in Seoul, Korea, and raised in São Paulo, Brazil, Ji Lee moved to New York to study Graphic Design. After his studies, Ji worked in the fields of design, art, branding, and advertising. Past jobs include Saatchi & Saatchi and Droga5. Past clients include Google, Unicef, The New York Times, Nike, P&G, Coca-Cola, Samsung, New Museum among others.

Ji Lee is the founder of the Bubble Project and the author of two books: Talk Back: The Bubble Project and Univers Revolved: a 3-Dimensional Alphabet. Ji’s work has appeared on ABC World News, The New York Times, Newsweek, Wired, Boing Boing and Gizmodo among the others.