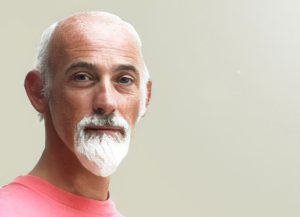 Welsh-born, Ross Lovegrove is truly a pioneer of industrial design. He usually defines himself an evolutionary biologist creating forms more than a designer. In this inspiring talk, Lovegrove focuses on the extensive and deeply experimental research activity conducted by his London based studio rather than on his most celebrated designs for clients as varied as Apple, Cappellini, Moroso, Issey Miyake and Airbus.

His work, both the experimental and the commercial one, is the result of an ongoing quest in the potential offered by technologies. Lovegrove blends this orientation towards technological innovation with an interest in the natural world as a permanent source of inspiration. His work relates to nature in an evolutionary sense as he’s deeply concerned with reduction. The output is an organic yet impressive essentialism which means using nothing more – nothing less than is needed.