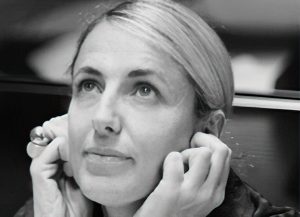 Urquiola according to Urquiola.

An energetic talk – punctuated by remarks and questions by Cristina Morozzi moderating the conference.

The personality of the Spanish designer emerged with all her passionate strenght. Born in Oviedo, Spain Urquiola now lives and works in Milan. She worked at Achille Castiglioni’s office between 1990 and 1992. From 1990 to 1996 she was responsible for new product development at De Padova and created several objects in collaboration with Vico Magistretti. Between 1993 and 1996 she also dedicated herself to the architectural design of showrooms, restaurants and shops. In 1996 she was appointed head of the Lissoni Associati design group. In 2001 she opened her own studio for product design, architecture, installations and concept creation.

During her talk, Patricia Urquiola points out the importance of the human side of the profession and the relationships that gave a key contribution to her career such as the long time collaboration with Patrizia Moroso which radically influenced the collection of the Italian company.