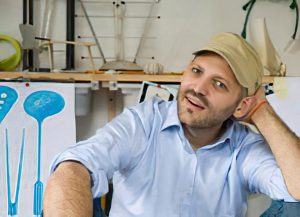 Since 1998, Odoardo Fioravanti has worked as an industrial designer, also experimenting graphic and exhibition design with a firm will to melt different design areas into a continuous matter. His projects received prestigious design awards.