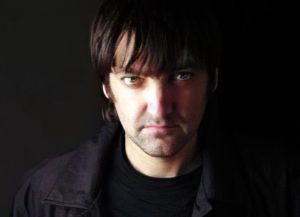 In this lecture at SPD, Cristina Morozzi introduces Martí Guixé by recalling his very first exhibition of finger food concepts in 1996, during Barcelona’s Primavera del Disseny. Martí claims he was very confused at that time, not knowing if he was a designer or an ex-designer anymore but he already knew for sure his ambition was to explore concepts and ideas for commercial purposes.

According to him, the role of a designer in the ex-industrial society is to break the rules and the boundaries among the disciplines. In this perspective, his speech starts with the provocation I will buy perhaps two chairs in my lifetime, but i’ll buy food three times a day. While many designers strived to come up with yet another great new chair, Guixé believed that the most compelling and neglected area of design was and still is food. He admits he’s not interested in cooking at all.

I am only interested in food as I consider it as a mass consumption product and I like the fact that it is a product that disappears and is transformed into energy.