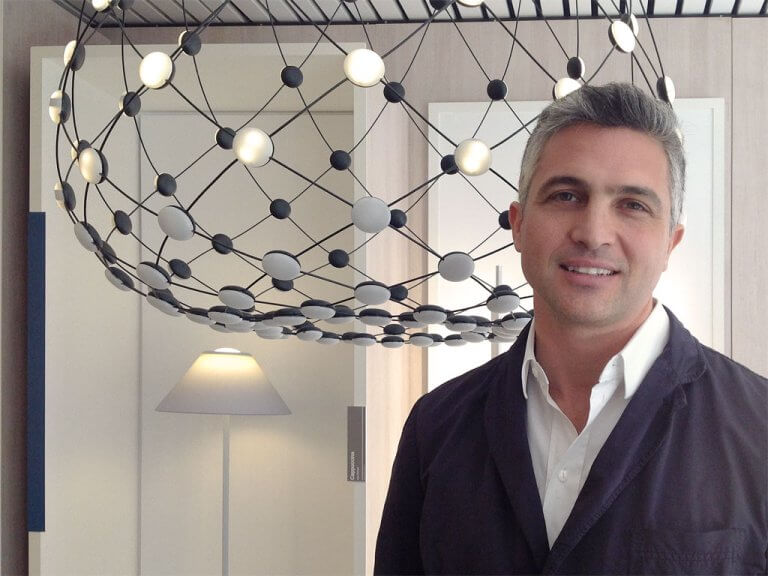 Argentinian born, Francisco Gomez Paz got his degree in industrial design in Córdoba, before moving to Italy to complete his education. After several years spent first in research and then working side by side with Paolo Rizzatto, one of the Italian masters of lighting design, Gomez Paz opened his independent studio in Milan in 2004.

He currently works between Argentina and Italy, developing products for leading companies such as Artemide, Driade, Danese, Landscape Forms, Lensvelt, Luceplan, Olivetti and Sector among others. Over the years, his projects have been acknowledged with major international design recognitions. In 2007, together with Alberto Meda, engineer and a leading protagonist of contemporary design with an impressive portfolio of works, Gomez Paz won the first prize in the Index Award for the Solar Bottle. It is a low-cost container capable of disinfecting water for people who consume microbiologically contaminated raw water thanks to a solar-based disinfection system. In 2008 Solar Bottle has been part of the Design and the Elastic Mind show of the MOMA in New York and has also been selected for the museum’s Study Collection.

In more recent years, Gomez Paz received the Prize of Prizes for Innovation in Design from Italy’s former President Giorgio Napolitano for the Hope chandelier and the prestigious Compasso d’Oro 2011. In 2016 he has been awarded with the Red Dot Best of the Best for the Mesh lamp for Luceplan thanks to its avant-garde design and outstanding technological and aesthetic innovation. His designs have been exhibited at several international events and published in leading design literature.