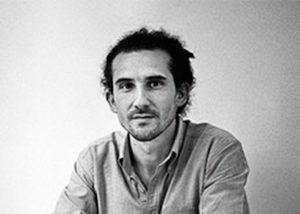 Design as an opportunity

From a one-off to large production: Francesco Faccin exploits design as an opportunity for getting into many human adventures, always different. His exploration starts off with extremely refined, small projects and then embraces solutions for the mass-market. As his work encompasses attention to both the industry and the artisanal production, he comes across different design areas: social, educational, research and experimentation with materials. His approach, based on a deep knowledge of handcrafted processes and on the mastery of the drawing techniques, is the key to understand all of his investigation as a designer.

Francesco Faccin began to work in 2003, when he joined Enzo Mari’s studio. In the meantime he also started an independent career as a freelance designer, collaborating with both Italian and international companies. He later got attracted to self-production, often in collaboration with artisans, as a chance to bring ideas to life, controlling the entire creative process.

In 2007 he exhibited in the Salone Satellite for the first time, introducing the Quadrato table, later produced by Cosmit. Since then, Faccin’s career took off, and he started to work for both Italian and international companies, such as Tod’s, Saeco and Danese.

He participated to the creation of 28 Posti, a contemporary cuisine bistro. Tables, doors and cabinets were designed by Faccin and realized, starting from recycled materials, by the inmates of the Penitentiary Institute of Bollate, thanks to the no-profit NGO Liveinslums.

His work has been published in several influential magazines worldwide, such as Domus, Interni, Abitare and Intramuros.