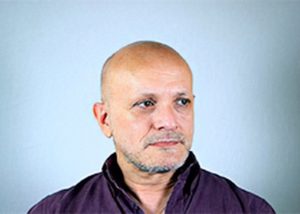 Food and cinema. As many movies talk about food, Fabio Parasecoli analysed the American and Italian recent production starting from the Nineties and assessed in an impartial way the ideas they reflect about a set of crucial and culturally sensitive themes such as ideological pluralism, ethnic and racial acceptance, gender equality, and class flexibility. Parasecoli’s research provides an original take on this topic: in the kitchen, around the table, and in the dining room, unexpectedly films often use cooking and eating to suggest a conservative vision of society and citizenship, reworking and reinforcing ingrained ideas of power.

Fabio Parasecoli is an Associate Professor and Coordinator of Food Studies at the New School in New York City. After covering Middle and Far Eastern political issues, he wrote for years for Gambero Rosso, Italy’s authoritative food and wine magazine, as the U.S. correspondent for. Then, he decided to take up a career as researcher, exploring the intersections among food, media, and politics, particularly in popular culture.

He wrote many publications concerning this theme, such as Bite me!, Food in Popular Culture (2008), Cultural History of Food (2012), Al Dente: A History of Food in Italy (2014), Unequal Territories: Food, Place, and Power in the Global Market (2015) and the latest Feasting Our Eyes: Food Film, Cultural Citizenship, and Identity in the U.S.